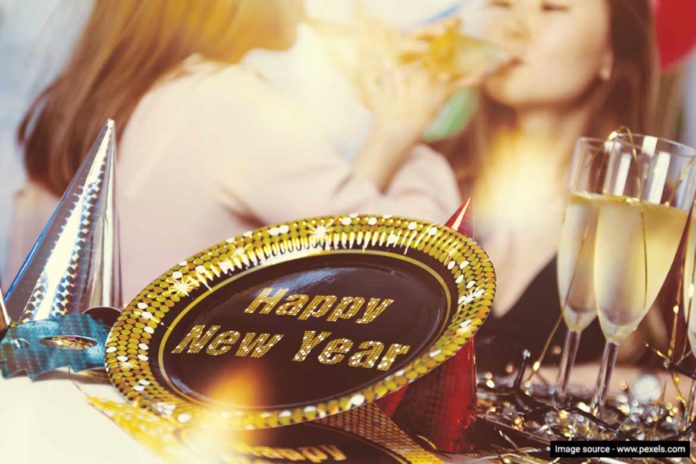 It is said that how you ring in the new year will be an indication of how the entire year will go. Spending New Years Eve in Dubai is a great way to ring in 2023 in style. No other city compares to Dubai for entering in the new year with its glitzy nightlife, first-rate attractions, and breathtaking skyline views. Due to Dubai’s advantageous location at the confluence of East and West, you may also enjoy a distinctive fusion of cultures throughout your celebrations, which means there will be more delectable food, fascinating dance routines, and traditional practises than ever before. This city has it all, from celebrated fireworks shows at well-known locations like the Burj Khalifa to nighttime celebrations by the sea.

Here are 5 amazing activities you can do on New Year’s Eve in Dubai, including fireworks, dining, and celebrations.

A thrilling journey across breathtaking, golden sand dunes is unrivalled. For one of the most breathtaking sunsets you’ve ever seen, travel out into the desert. You’ll be taken to an opulent Bedouin desert camp and greeted in an Arabian fashion. Enjoy a decadent buffet that includes grilled meats, salads, a selection of main dishes, and a tonne of desserts after that. There is nothing short of magic in the air. An fantastic evening is had by everybody with camel rides, sandboarding, henna designs, sheesha, and belly dancing.

Watch the fireworks from the Burj Khalifa

On New Year’s Eve, a spectacular fireworks show ushers in the festivities in Dubai. Both locals and visitors swarm to the Mohammed bin Rashid Boulevard, Jumeira Beach, Souk al Bahar, Umm Suqeim Park, Burj Park, and occasionally even in the middle of the streets to catch a sight of the Dubai Fountain! If you plan to travel within Dubai on New Year’s Eve, make sure to arrive before 10 PM. Traffic is backed up on the roads until 12 AM as everyone searches for a good viewing spot for the fireworks.

While unwinding aboard an opulent, air-conditioned yacht with glass enclosure and breathtaking views of Dubai. The boat also has a gorgeous patio and deck outside, which are perfect for gazing at the beautiful skyline while the moon and stars are out. During this relaxing, tranquil evening on the lake, the New Year’s fireworks will be clearly seen without any obstructions, and great views of well-known Dubai landmarks are assured. If you want something fancier and more upscale, you may even hire a yacht to take you out on the Dubai Creek or Marina.

An Evening In Madinat Jumeirah

The Madinat Jumeirah hosts one of the most coveted New Year’s gala dinners, complete with fire dancers, musicians, live entertainment, unlimited champagne, and a wide range of cuisines. Bring a beach mat and spend some time on one of Jumeirah’s public beaches while admiring the night sky. From here, the fireworks are absolutely spectacular. Remember to get there early to snag a decent parking spot! 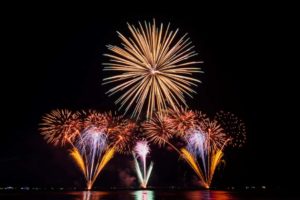 Do you want to dance into the new year in the greatest places? Here is a selection of the best New Year’s celebrations and activities in Dubai.

On December 31, Dubai Opera will welcome in the new year with a grand gala and themed celebration honouring Disco till Dawn. Jasmine & Aaron, finalists of British Got Talent and well-known dancers around the world, will perform live with their band. To ensure everyone has a blast, DJs Bliss and Keza will be performing tracks all night long. Around midnight, head outside of the Dubai Opera to catch the iconic Burj Khalifa fireworks display.

On December 31, Australian icon Kylie Minogue will perform at Atlantis, bringing nothing but good vibes and a set list of upbeat tunes. Stunning fireworks, luxurious food options including lobster and caviar, and live music from a 30-piece band round up the celebrations for the evening.

At a New Year’s Eve yacht party On a lavish mega yacht, ring in the new year with a 6-hour spectacular. Delectable canapés, meals served at live cooking stations, an open bar with quality drinks, and a stunning view of Dubai’s fireworks display are all included. International DJs will be spinning music throughout Dubai Marina, Blue Water Bay, and Palm Jumeirah throughout the evening.

The Armani/New Prive New Year’s Eve celebration at the Burj Khalifa will attract Dubai’s wealthy. The party that top DJs will be hosting to ring in 2023 will be the best one in town.

Is there anything more representative of Dubai than ringing in the new year in the sand dunes? The sumptuous Sonara Camp will host a glittering event at its fairy-lit, all-white site with a gourmet feast, live music, fire performances, and an international DJ. Sonara has vowed to provide even more extra treats on the night this year, so if you’re looking for a celebrity favourite experience, this is worth the money.

Read more: Splash while watching a movie! Check out the Dive-in pool cinema in Dubai