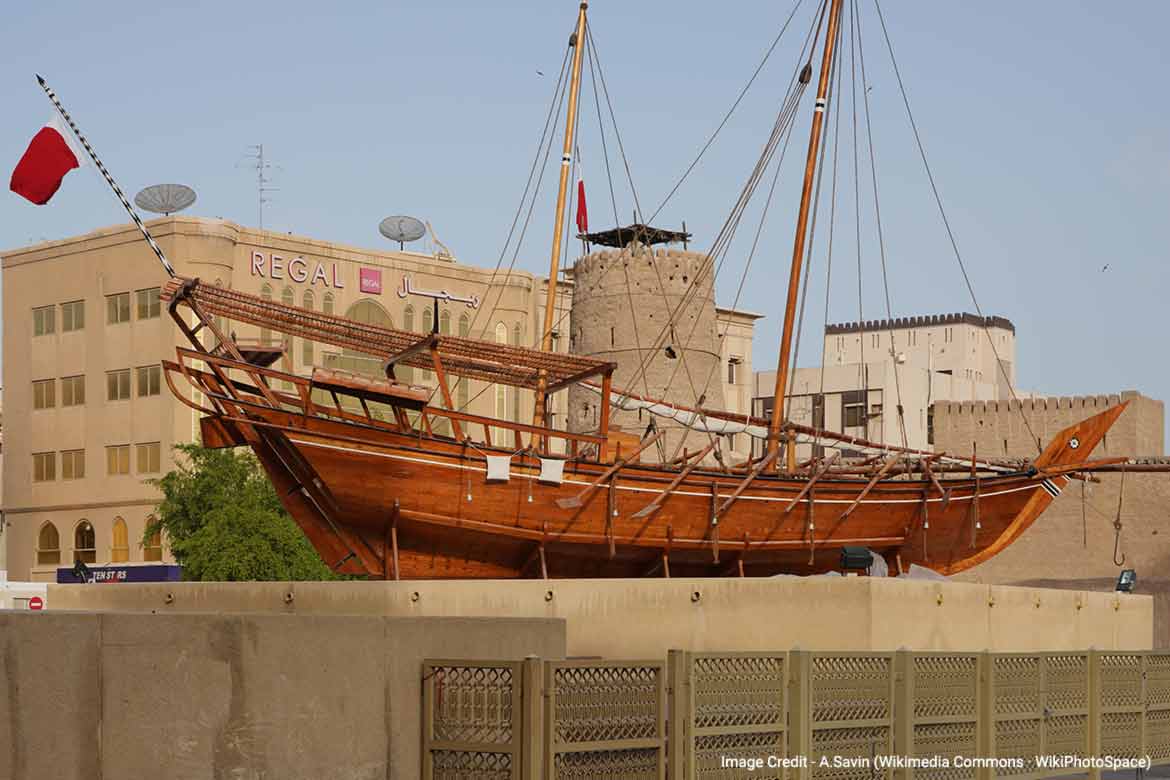 Dubai Museum is situated inside the Al Fahidi Fort, which is south of Dubai Creek, at the Al Souk Al Kabir area, this area is used vigorously for trade and is also near to the Ruler’s Court.

Dubai is endeavoring a new restoration project, this announcement was made by Sheikh Hamdan Bin Mohammed Bin Rashid Al Maktoum, Crown Prince of Dubai and Chairman of the Dubai Executive Council, in January 2021. This initiative would be to renovate Al Fahidi Fort, which is also a home to Dubai Museum.

The Al Fahidi Fort was built in the year 1787. This fort was the headquarters for the Ruler of the Emirate.

Later in the history, this fort was transformed into an arsenal for artillery and ammunitions. It was also used as a prison for the outlaws. This fort was renovated during the reign of the late Sheikh Rashid bin Saeed Al Maktoum.

It was first opened back in 1971 (the year the federation was formed) and was designated to be an official museum that would display the history of Dubai and its original heritage and culture. Later in 1995, another underground museum was established and added as an extension to the old fort.

This heritage of Dubai was visited by around 1.5 million visitors in the year 2019, which raised the total number of visitors to the museum to approximately 17 million, from the day of it’s inauguration.

Al Fahidi Fort can enrich you with the full knowledge of the ancient history of Dubai, and will also show you how  it interacted with different people and civilisations over the years in history.

The museum has different sections to explore. There is the monuments wing, which is showcasing the antique monuments such as pottery, weapons, tombs, buildings and urban communities. The different phases of Dubai between the past and the present, the market in the 1950s wing, displays ample examples reflecting the market atmosphere, vendors, shops and goods sold in those times.

The other ones are the traditional home and Masjid wing, the oasis wing, the desert, and the water and desert wings. Besides, here you will also find the astronomy and natural phenomena wings, along with a sea wing that takes the visitor on a stupefying tour where they get to know about shipbuilding and the manufacture of shipping equipment, the profession of pearl diving and the marine life on the floor of the Arabian Gulf.

Currently, the museum is shut for renovation work. This revitalisation project of Al Fahidi Fort is actually the second phase of the rehabilitation of the Dubai Historical District, which is the joint project of the Dubai Culture & Arts Authority, Dubai Municipality and the Department of Tourism and Commerce Marketing, that targets  the preservation of the Emirate’s rich history and heritage. Along with situating the district as a vibrant cultural hub for tourists.