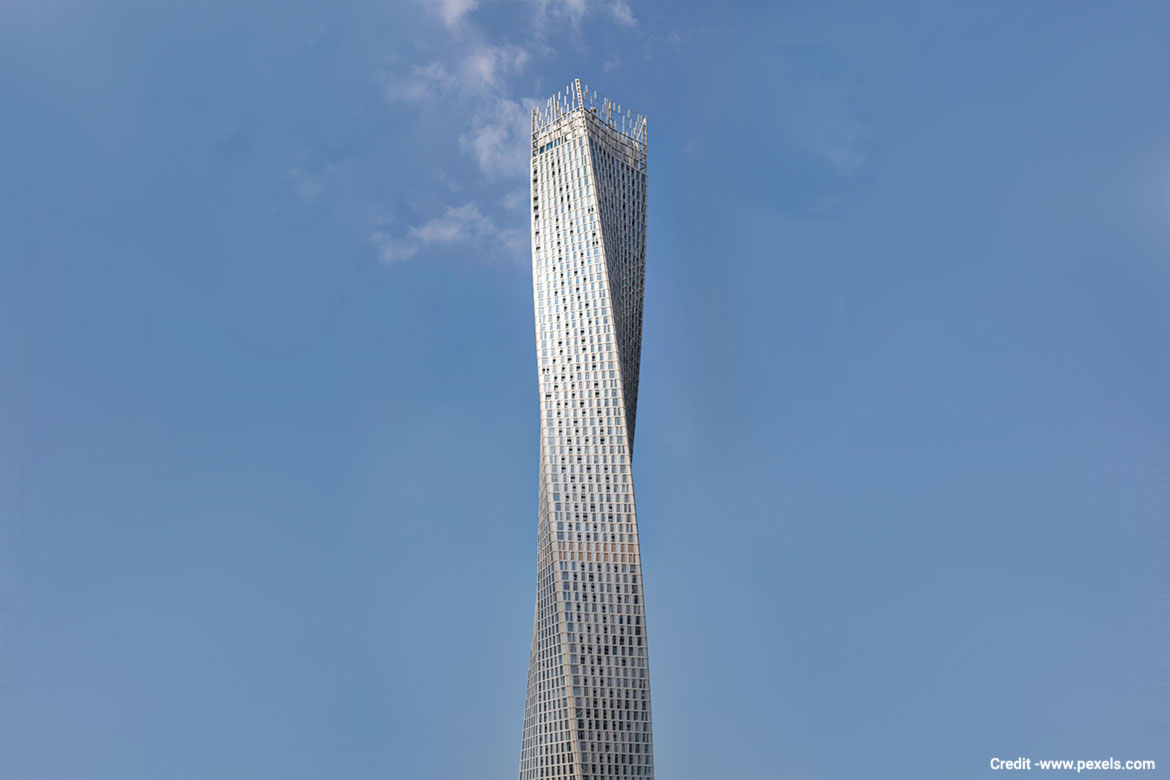 Have you ever heard of twists in a building? If not, then you are still oblivious of the twisting residential building which is situated in Dubai Marina.

Cayan Tower of Dubai is world’s most massive residential tower. This tower touches sky with a height of 306 metres which itself is a magnificent to see. This residential marvel was completed in the year 2013. And this Cayan Tower is among of the most eye-catching architectures of Dubai.

Cayan Tower is a 75-storey skyscraper in Dubai, and it was initially named as Infinity Tower. At the time of it’s inauguration in 2013 the tower was recorded as the world’s tallest building with a 90 degree turn, but this record was held by it upto 2015.

This breathtaking construction has been designed by none other than Skidmore, Owings and Merril (SOM), this architectural firm already holds credit of designing spectacular and supertall buildings    including Burj Khalifa, which is tallest in the world.

The twisting design of this tower makes it a unique one. And this had been achieved by rotating each and every floor by 1.2 degrees that brings out a complete 90 degree twist from the bottom to top.

Also read: Rent of This Villa In Dubai Breaks Record; It Costs More Than A Million Dollar

The shifting design gets you greater diversity with different views from all 495 apartments of this building. The lower portion of the tower is directed towards the amazing waterfront promenade of Dubai Marina, whereas the upper floors are rotated makes them Gulf facing. The glass line is recessed, creating a deep sill that minimizes direct light penetration. And thus, shades both the building’s windows as well as exterior terraces, which is quite a necessity due to Dubai’s chastising heat.

Deep concrete exterior columns clad in the metal skin with perforated screens are made which will help in shielding the building’s interior from the harsh sun of desert. The tower’s innovative shape required equally unconventional and futuristic kind of engineering.

All in all the shape of Cayan Tower is not only aesthetically remarkable but simultaneously serves a structural function too. Its twisted shape reduces the impact of the strong wind forces on the building to a greater extent. Thus, “confuses the wind” in a way that wind forces aren’t able to arrange themselves.