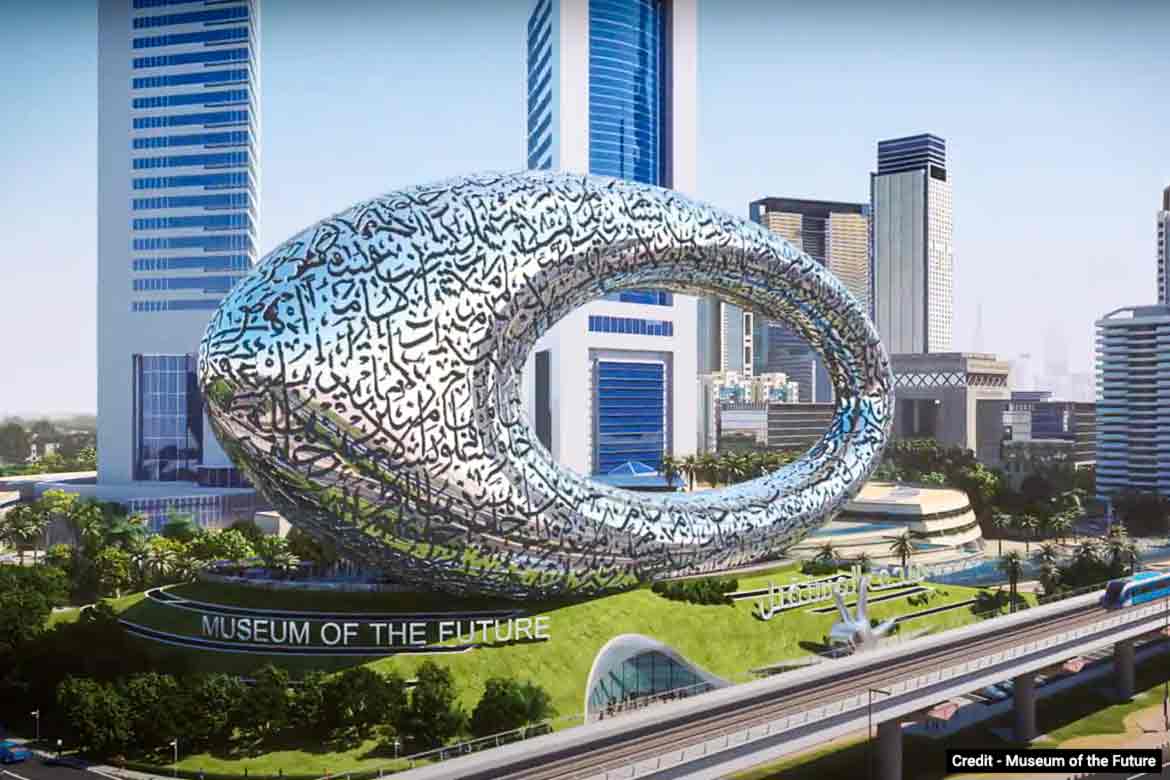 Have you moved along Dubai’s Sheikh Zayed Road yet? If not, then you must definitely do that, as you will see an amazing museum which is coming up in Dubai. This new museum is named as “The Museum of the Future” which is turning out to be more and more appealing as the day of its grand opening is reaching closer.

The Museum of the future is just another architectural marvel which is going to be added in Dubai’s list of architectural accomplishments. Nonetheless, this amazing museum had already made its place among the most beautiful museums of the world.

The rankings of the world’s museums were announced by National Geographic, which acknowledged the distinctive design of the pillarless structure, which is calligraphed with striking Arabic script and phrases over it’s stainless-steel façade.

Also read: Dubai is planning to open their doors for tourists by July

Occupying an area of about 30,000 sq m, this museum has seven-storeys standing tall, 77m high. The location of this spectacular museum is just next to the Emirates Tower.

Even a glance of this museum can be a treat to your eyes, which is made with so much better precision and detailing. The credit for such architectural design goes to Killa Design, as they used such modern computer controlled machines, which made this museum even more admirable.

The Museum of the future will be a great place for learning. All the different floors of this museum will be dedicated for different experiences. The three floors will be focusing on potential futures of outer space, and others for ecosystems and bioengineering, health and wellbeing.

The last floor which is specifically meant for children. This floor will showcase that how little ones can get over and solve their own challenges in their own way in order to become ‘future heroes’.