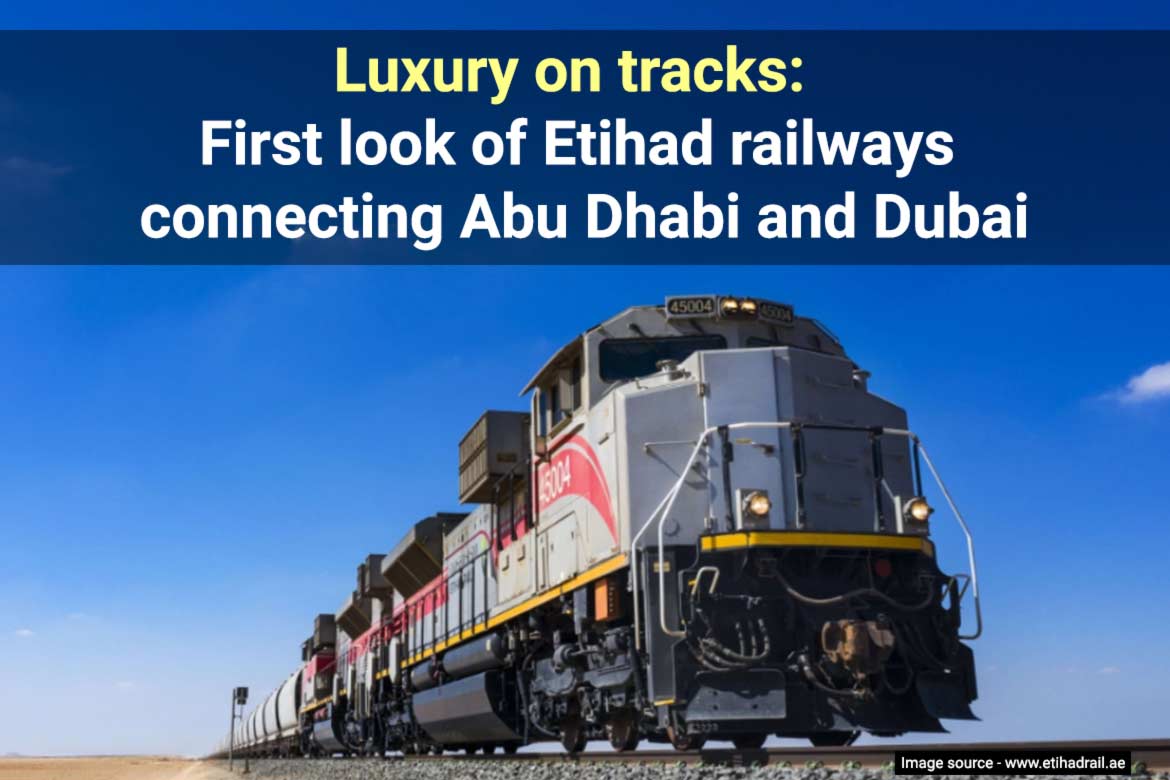 UAE’s hi-tech passenger trains will have luxurious coaches with voguish interiors. The train will have home-like and restful seats, this can be said based on the first look of the project released by Etihad Rail.

The Rail Passenger Service which is component of the UAE Railways Programme, displays an aerodynamic design, as the key feature of high-speed trains. The expected speed of the train is approx. 200 km/hr.

The astonishing coaches are designed in silver and grey colors. Further they also show various types of seating that resembles to the flight classes. The seats are put in 2+2 format throughout the length of the coaches.

Also read: The Cost of Apartments in Dubai for Sale May Surprise You

Among them some arrangements feature a seat-back tray meant for eating and reading. There are tables also with face-to-face seats. Alongside, there is a committed space for wheelchairs, catering services with modular style pantry units and microwave ovens.

List does not ends here, are the train is loaded with innumerable facilities like Wi-Fi and charging points inside the coaches.

Most of the world-class facilities of a short-distance train can be seen in the first images divulged by Etihad Rail. The train will connect 11 cities of the country. The passengers will have convenience of travelling from Abu Dhabi to Dubai in just 50 minutes. Further one can easily commute from the Capital to Fujairah in barely 100 minutes.

By 2030, the number of passengers is expected to reach more than 36.5 million annually. The images show train passing through desert and city areas. The city’s skyline can be seen through the windows of the train, which indicates the tracks could be running parallel to major highways.

The first look released show train passing through desert and city areas. The city’s skyline can be seen through the windows of the train, which indicates the tracks could be running parallel to major highways.