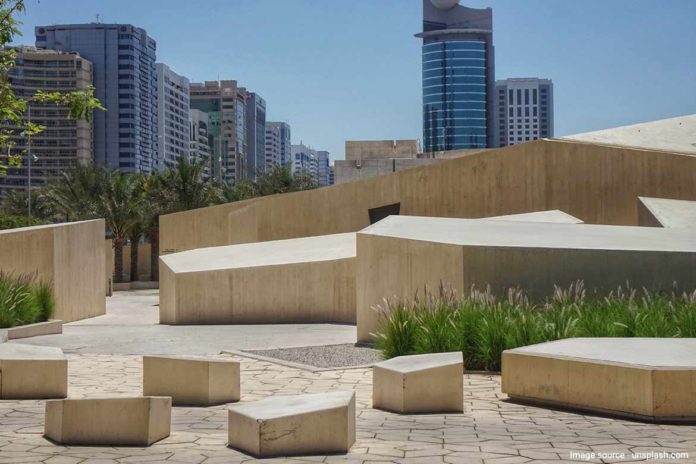 UAE is not just about sports cars and sky kissed buildings, but the place is also known for several cultural heritages. One such place, which a culture lover must visit is Qasr Al Hosn. The place has served as the residence of the ruling family, the seat of government, and the location of the National Consultative Council, which was formed by the late Sheikh Zayed Bin Sultan Al Nahyan, the UAE’s founder, as well as a national archive. It now serves as a living memorial to the nation and a narrator of Abu Dhabi’s history. So let’s have a look at this iconic legacy of Middle East culture.

The scenic Qasr Al Hosn is Abu Dhabi’s oldest existing structure and is home to an original watchtower that provides for stunning shots. This dominating building, built during the 1790s, looked out over the coastal trade routes and safeguarded the island’s increasing populace. The Inner Fort and the Outer Palace are the two most recognizable buildings of Qasr Al Hosn.

It is a national monument that encapsulates the development of Abu Dhabi from a fishing and pearling settlement in the 18th century to a modern, global metropolis, displaying artifacts and archival materials dating back to as far as 6000BC. It was transformed into a museum in 2018 after over a decade of intensive conservation and restoration work. Today, the lovely Al Hosn site, which has undergone flawless repairs, is a perfect spot to spend a few hours while learning about the UAE capital’s intriguing past.

Shows a glimpse of craft and art: 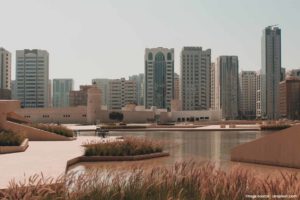 The site’s House of Artisans, an exceptional center that supports the preservation of the UAE’s intangible heritage, will appeal to fans of culture and craft as well as those looking for one-of-a-kind souvenirs. The facility offers training classes, educational workshops, and other public events free to locals and visitors in a coordinated effort to safeguard and bring traditional Emirati crafts to the center of contemporary culture.

The masterpieces made through Sadu can be spotted here. Sadu is a traditional form of weaving used by Bedouin (nomadic Arab people) women to create distinctive designs. Sheep, camel, and goat wool are used to create distinctive designs rich in geometric patterns that reflect the social identity and the surrounding environment. It was included on the UNESCO List of Intangible Cultural Heritage in 2011. It is traditionally used to make bait al-shaar (tents), tent dividers, ataad (camel accessories), saddles, straps, and more.

Finesse of another important craft, Talli, can be seen here. It is a traditional Emirati kind of decorative needlework in which cotton or silk threads are interlaced with gold and silver threads to embellish the collars, sleeves, and hems of the kandoora and thawb (traditional women’s robes), with intricate designs and brilliant colors. The intricate and time-consuming method of creating this engrossing embroidery necessitates patience and focus.

Abu Dhabi sits on the sea as an archipelago with hundreds of islands. This geographic situation made its link with boat craft deeper. The House of Artisans shows some of the beautiful sea crafts built by local artists. For thousands of years, the UAE’s people have devised clever ways to comprehend and profit from the ocean’s bounty.

The nearby Cultural Foundation is also worth a visit, especially if you have kids. The building itself has achieved notoriety as a modern heritage landmark, registered as one of Abu Dhabi’s prized cultural heritage treasures, after gaining regional and international acclaim as a world-renowned center for culture and the arts. Travelers who enjoy creativity and culture will be in their element, with seminars, classes, exhibitions, and more.

The annual Qasr al-Hosn festival is an 11-day cultural event held on the fort’s grounds. During the festival, the fort, barring some prohibited areas, is exposed to the public, with live music and dance performances showcasing the UAE’s cultural history. AL HOSN FESTIVAL is a fresh and unique cultural event that represents and lets you relive Abu Dhabi’s legacy and dynamic culture, precisely where it all began and is still thriving.