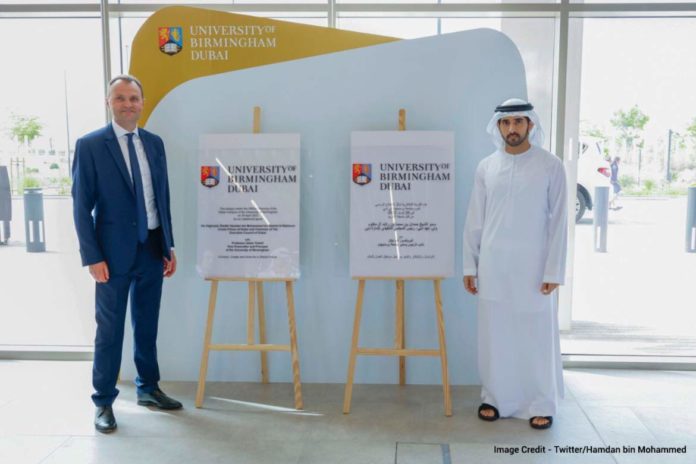 The newly launched Dubai campus will be equipped with cutting-edge technology, ensuring a world-class physical and digital experience worthy of a top-ranked global institution.

In September 2018, it became the first global top 100 and UK Russell Group university to open a campus in Dubai, adding to the list of globally and locally accredited academic institutions in the premier education hub.

Lord Karan Bilimoria, chancellor of the University of Birmingham, said:

“This is the most modern technologically advanced campus in the world. This is one of the top 100 universities in the world, opening in Dubai, in the UAE. Recently, the UAE celebrated its 50th anniversary. What the country has achieved in the last 50 years is nothing short of a miracle. This campus builds on exciting innovation. This campus has only happened through the collaboration of Dubai government, between the University and businesses including Siemens. This state-of-the-art building will soon be able to house international students from all over the world into one of the most international cities in the world, which is Dubai.”

UAE transforming into a knowledge economy: 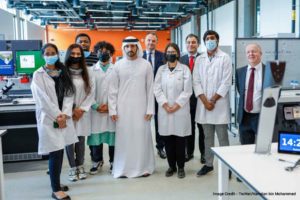 The campus will eventually be able to accommodate up to 2,900 students and will have cutting-edge teaching and research facilities to promote cross-disciplinary collaboration. The Edgbaston and Dubai campuses will be transformed into the world’s smartest global campuses, thanks to a partnership with Siemens that combines digital sensor and analytics technologies, artificial intelligence, decentralized energy generation and storage, renewable energy, and concepts that help change users’ behavior.

Opening of this university is just another milestone. This embarked the journey of Dubai to developing itself into a knowledge-based economy. The government supports a lot from primary to higher educations. It, therefore, gives a lot of importance to this sector. It’s not just targeted towards the UAE nationals or residents alone, but to everyone coming from all over the world to specifically study  in Dubai. The city has become a dedicated zone for higher education. City has reached 27 academic institutions – ranging between higher and vocational institutions. Currently, Dubai has 27,000 students across 50 nationalities.

The visa is also intended at recruiting not just students but also big academicians, researchers, and PhD holders. The new visa requirements that were recently brought out in Dubai will attract and restore new talents.

Read more: TEJAS: The new bridge that will facilitate movement of Indian talent in UAE