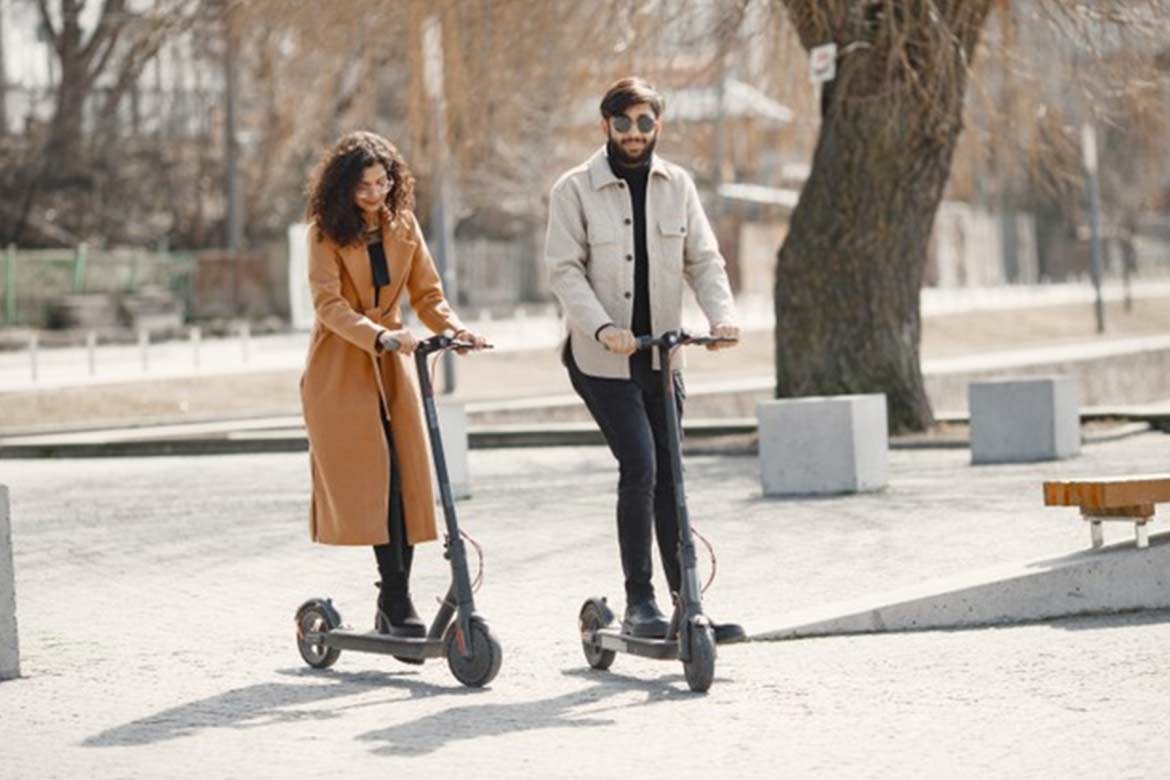 With the beginning of 2022, citizens and residents of Dubai will now be able to ride e-scooters in ten districts, as stated by the top official said of the Roads and Transport Authority (RTA).

“The step responds to the Executive Council’s agreement over the shared mobility plan and the e-scooter policy, says Mattar Mohammed Al Tayer”, director-general and chairman of the RTA board of executive directors.

On Saturday, Al Tayer made an announcement about the beginning of the civil site works for building the required infrastructure in order to bring the Electric Scooter in operation, so that the Phase I of this project could be launched. And this Phase I will cover ten districts of Dubai. Phase I will be operational from the first quarter of 2022.

The trial phase for the same started in October 2020. E-scooters could be used only in five districts of Dubai during that time. But, by the end of September 2021, e-scooters have made about half a million trips in the Emirate, RTA said.

“RTA plans to expand the use and tracks of e-scooters to include specific residential areas, and 23 new districts later on,” he explained.

Also read: The Cost of Apartments in Dubai for Sale May Surprise You

The selection of these districts was guided by specific criteria, such as high population density, special development areas, areas served by metro stations and mass transportation, the availability of integrated infrastructure, and areas with a high level of traffic safety,” he stated.

Road and Transport Authority (RTA) also issued a statement that the public must avoid using electric scooters on all those tracks which are yet under construction in order to prevent any accidents or difficulties.

“Infrastructure works for e-scooters in new districts is proceeding according to plan. Works are nearing completion in the placement of traffic and directional signs for e-scooters,” he added.